Each year, National Whistleblower Day is celebrated on July 30th. This year marks the 243rd anniversary of America’s first whistleblower law, which was passed in 1778after ten whistleblowers reported wrongdoing and abuses committed by a superior officer in the Continental Navy during the Revolutionary War.

This year, the NWC sent letters to federal executive offices and agencies urging them to implement an educational program about whistleblowing to celebrate the day. “National Whistleblower Day has seen support from some agencies in the past few years. However, we would like to see more widespread participation from the federal government in acknowledging the importance of whistleblowers,” said NWC Interim Executive Director Mary Jane Wilmonth. In the letters, NWC offered its support in developing and providing educational resources and digital promotion of events.

In addition to urging federal agencies to take part in National Whistleblower Day festivities, the NWC wrote to President Biden requesting the issuance of an Executive Order that would formally designate July 30th as “National Whistleblower Day” and require each executive office and agency to recognize the day. The NWC stressed the need to educate employees on their legal rights to ‘blow the whistle’ as well as to celebrate the contributions of whistleblowers.

Whistleblowers are individuals working for an organization who report a concern or disclose information that they believe shows evidence that may be illegal, unethical or could cause harm to others. They play a crucial role in upkeeping transparency and accountability in many different organizations. Throughout America’s history, whistleblowers have made impacts on policymaking, media outlets, military operations and business operations. 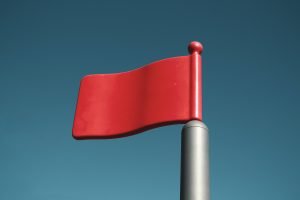 Whistleblowers have pointed out red flags and helped to spark changes in many industries.

While the efforts of whistleblowers have allowed for large-scale positive reformations to take place, there has been retaliation against whistleblowers in the past. For instance, whistleblowers have experienced serious harassment and isolation at work, have been fired from their jobs, blacklisted in their sectors and have even received death threats and jail sentences.

Under the Whistleblower Protection Act (WPA), passed in 1989, whistleblowers are offered some protection from criminal prosecution and administrative retaliation, such as being fired or demoted.

The NWC helps to celebrate whistleblowers, acknowledging that whistleblowers risk their reputations and careers and sometimes even put their lives in jeopardy when they report wrongdoing. The NWC believes that they need to be recognized and honored.

Whistleblower laws are complex and can vary based on the industry in which the concern was raised. The NWC has put together this resource to help you determine what your rights are. In many instances, an experienced attorney can help you to better understand your protections if you feel you are being unfairly prosecuted for your whistleblowing efforts.

At Peter Angelos Law P.C, we respect the integrity and bravery that whistleblowers exhibit. If you are courageously blowing the whistle, allow our team of attorneys to offer you support and guidance throughout this potentially overwhelming process. Fill out the form below or call toll-free at 1-866-447-0834.