In July 2018, the U.S. Department of Justice (DOJ) announced that 3M Company, exclusive provider of the dual-ended Combat Arms Earplugs (CAEv2) to certain branches of the military, agreed to pay $9.1 million to resolve allegations that it knowingly sold defective earplugs that did not work as expected, thus putting soldiers at a higher risk of hearing damage. 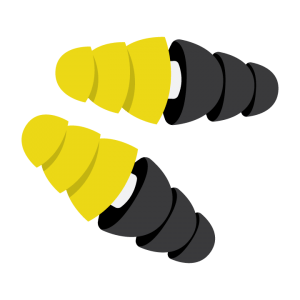 How Can Peter Angelos Law Help You?

Our firm has provided our support and legal representation to individuals and families for more than 60 years. Our legal team has recovered billions of dollars in compensation on behalf of injured victims across the country, and is passionate about protecting the rights of those we serve. With decades of combined experience, extensive resources, and a talented team of attorneys, we are prepared to handle even the most challenging personal injury cases.

If you or a loved one served on active duty in the United States Military between 2003 and 2015,  suffered hearing impairment during the course of your service, and potentially used the 3M™ earplugs during training and/or deployment, you may be eligible to pursue financial compensation.

Affected by Defective 3M™ Earplugs? We Want to Help.

3M™ Combat Arms Earplugs are made specifically for soldiers in combat and feature a unique two-sided design. When worn in the “closed position,” the earplugs are intended to block out all sound, including that created by aircraft, machinery, armored vehicles, explosions, and gunfire. When worn with the yellow side in, called the “open position,” the devices are alleged to block out loud sounds, but still allow softer sounds, like spoken commands and enemy movements, to be heard. According to lawsuits already filed, it was this unique design that attracted the United States Military to supply the devices to active duty service members.

However, lawsuits allege that the earplug design was defective, as the earplugs are too short to form the correct seal in a user’s ear canals. The devices can loosen imperceptibly, allowing more sound to enter the ear than expected, and increasing the risk of hearing damage. 3M™ was allegedly aware of the defect, and failed to disclose this information to the United States Military, thus knowingly putting our servicemen and women at risk.